However, in our view, the price premium charged by Sunpower, LG, and Panasonic for their monocrystalline panels is not justified by their additional performance, and homeowners should look to other high-quality monocrystalline brands such as Canadian Solar, Trina Solar, Jinko Solar, JA Solar, and Longi.

In our opinion, this does not reflect any underlying defect in polycrystalline panels that should steer a consumer away from polycrystalline solar panels, so long as they are offered at a good price from a reputable Tier 1 manufacturer.

It is also worth noting that new solar cell technologies are being developed that could challenge both monocrystalline and polycrystalline solar panels in the not-too-distant future.

The Key Facts About Each Type of Solar Cell 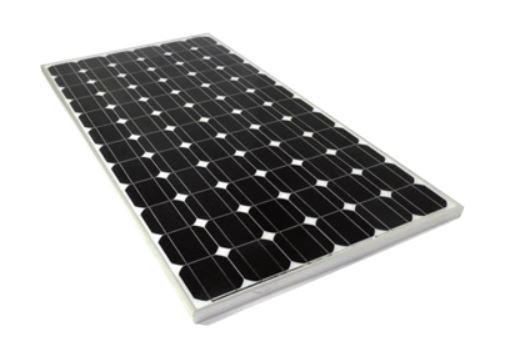 This is the oldest and most developed of the three technologies. Monocrystalline panels, as the name suggests, are created from a single continuous crystal structure. A monocrystalline panel can be identified by the solar cells, which all appear as a single, flat color.

Monocrystalline solar panels are made through the Czochralski method, where a silicon crystal ‘seed’ is placed in a vat of molten silicon. The seed is then slowly drawn up with the molten silicon forming a solid crystal structure around the seed, called an ‘ingot’. The ingot of solid crystal silicon that is formed is then finely sliced into what is known as a silicon wafer. This is then made into a cell.

The Czochralski process results in large cylindrical ingots. Four sides are cut out of the ingots to make silicon wafers. A significant amount of the original silicon ends up as waste.

Polycrystalline, also known multicrystalline, is a newer technology and its manufacturing process can vary.

Polycrystalline panels also start as a silicon crystal ‘seed’ placed in a vat of molten silicon. However, rather than drawing the silicon crystal seed up as with monocrystalline, the vat of silicon is allowed to cool. It is the cooling that forms the distinctive edges and grains within the solar cell.

Between 2012 and 2016, polycrystalline cells were thought to be inferior to monocrystalline cells because they were slightly less efficient. However, because of the cheaper method by which they were produced, coupled with only slightly lower efficiencies, they enjoyed a significant market share in residential installations.

Polycrystalline cells, with continued quality improvements, have helped push the standard 60-cell polycrystalline panels from 240W to 300W over the last five years.